First let me say, that I’m not the type of person who gets angry easily, but after reading Devina DeDiva racist comments, I could not help but give her a piece of my mind. Come to think of it! I don’t care if the news is true that she was fired. Devina De Diva, you deserved everything happened to you.

In truth, I would not mind a silly comment, against Megan Young who was crowned as Miss World 2013. I know some people were not happy that she won as the young actress, host and film student could not pleased everybody. So, if she irked some people after beating 127 beauties, it is understandable, but what is not acceptable are racist comments that not only belittle Miss Megan Young, who won the title of Miss World 2013 and made history as she is the first Filipino to be crowned in the 63-year-old beauty pageant but all Filipinos, including me. 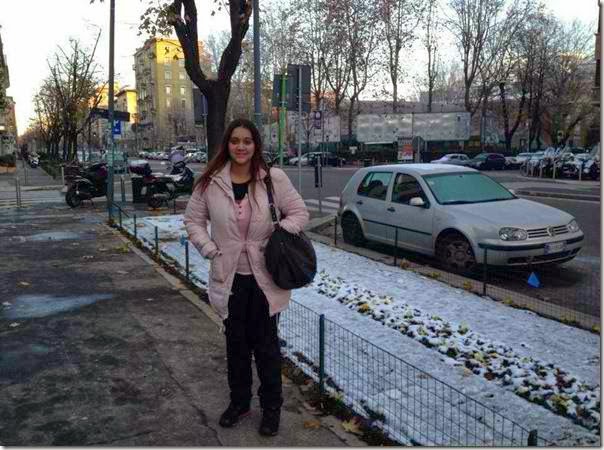 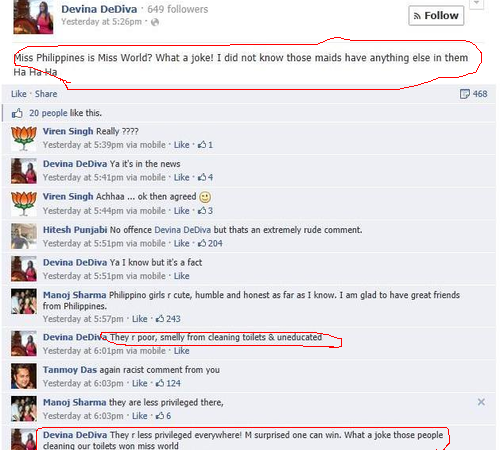 As I have said awhile ago, I understand if someone is not happy with the result. Of course, I cannot expect other countries to be happy, but I did not expect a racist comment from someone who not only bashed the current Ms. World winner but the entire Filipino race. Who does she think she is? She is not even beautiful, and with the way she treats people, I think she is one fucked up person.

To Devina DeVida and other People like Her You Don’t Know Filipinos!

Yes! Philippines sends domestic helpers in Singapore, Hongkong and other countries, but there are also millions of Pinoy working as teachers, doctors, engineers, nurses and etc. in every one continent as well, you know why? Filipinos are “world-class” workers.

Filipinos are hardworking people if we are not, the world will not consider our workers world class. (See below) 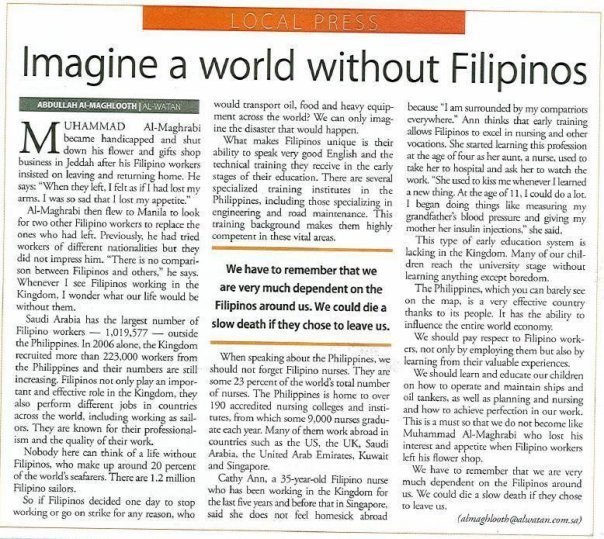 “They r less privileged everywhere! m surprised one can win. What a joke those people cleaning our toilets won miss world”

Well, we won more than just the Miss World 2013 crown but also the respect of other nations. What about you?

A certain Devina DeDiva, a Singaporean of Indian descent made one racist comment after another in her facebook account. Devina DeDiva on her timeline posted her thought about the recently concluded beauty pageant, in which she commented,

“Miss Philippines is Miss World? What a joke! I did not know those maids have anything else in them ha ha ha” 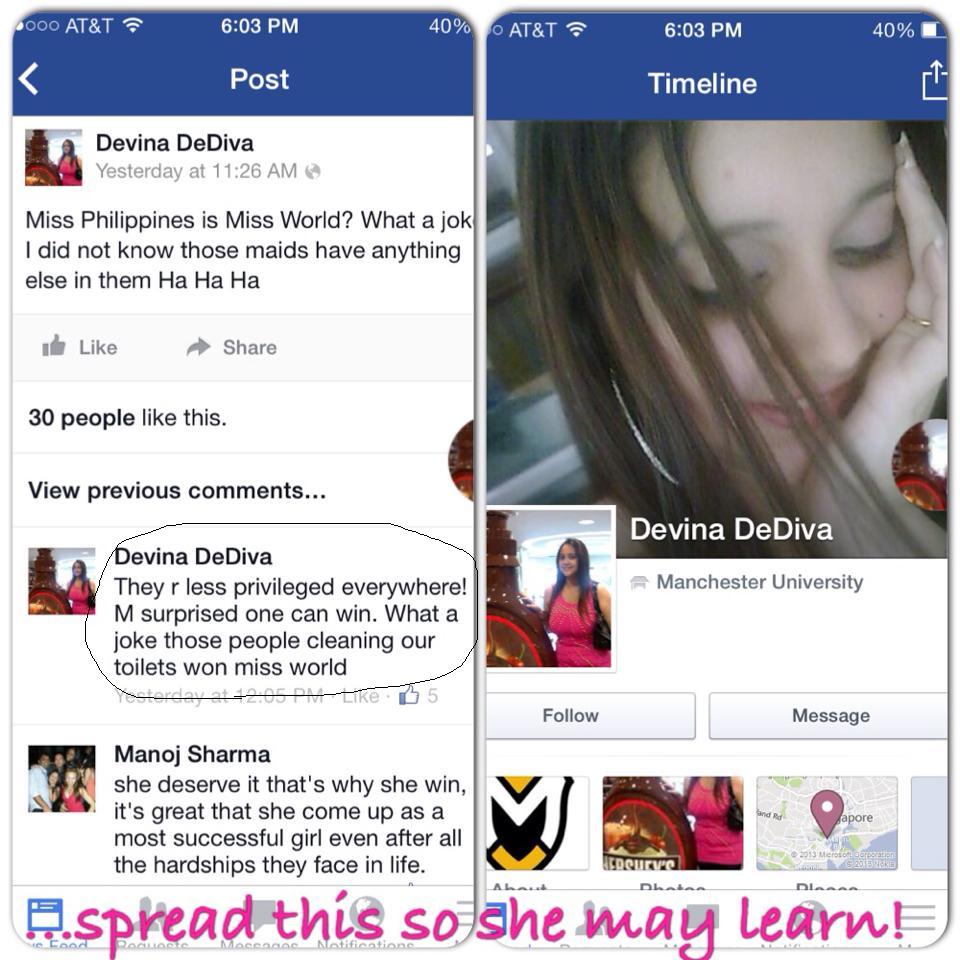 Netizens, Filipinos and not were outraged by her racist comments as she bashed not just Ms. Young but Filipinos in general, especially our OFWs. In one of her comments, she said, “They are poor, smelly from cleaning and uneducated…They are mostly filthy maids and will only be of that status. End of story.” 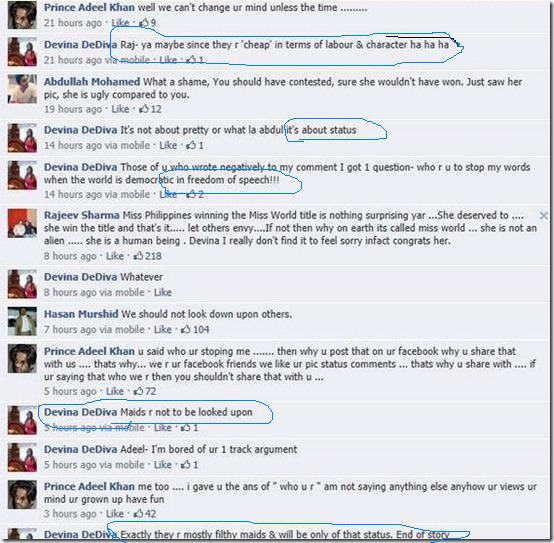 “They are poor, smelly and uneducated.”

Ms. DeDiva, in case you are not aware, Philippines have a high literacy rate. Our education system follows the western (United States) example, and English is the second language in Schools. Children as young as 4 years old are taught English and watched English movies, practically why most Filipinos are bilingual. 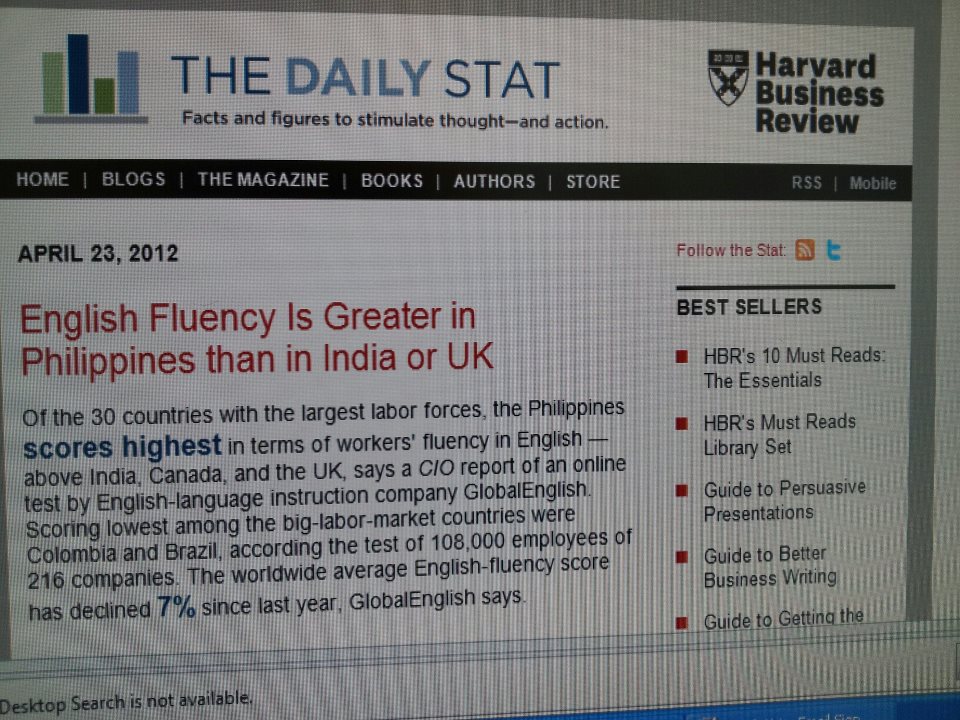 Regarding Filipinos being poor, well, we never claimed to be a wealthy country, but we are also not poor. It is just unfortunate that our government officials are mostly corrupt that’s why our country is not as wealthy as Singapore where you are born.

Filipinos are also not smelly by nature, so I don’t know where you get the idea. In fact, most pinoy, shower 2 to 3 times a day, even in cold weather. So, before you make stupid comments again, better research first. 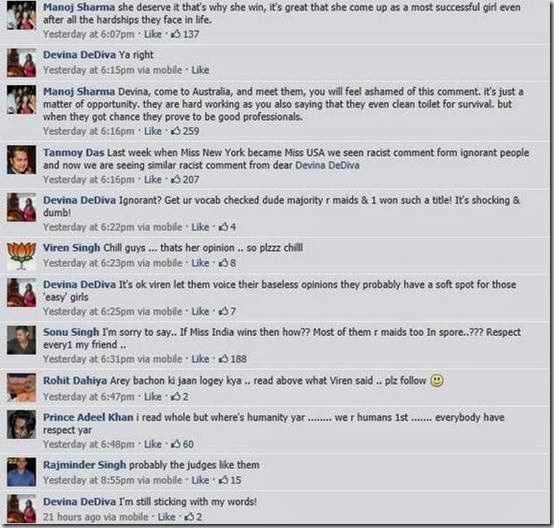 This post is dedicated to you Devina DeDiva, written to help you get your facts straight and to say, I hope you learned your lesson. If losing your job is still not enough, well, you are really one crazy person. 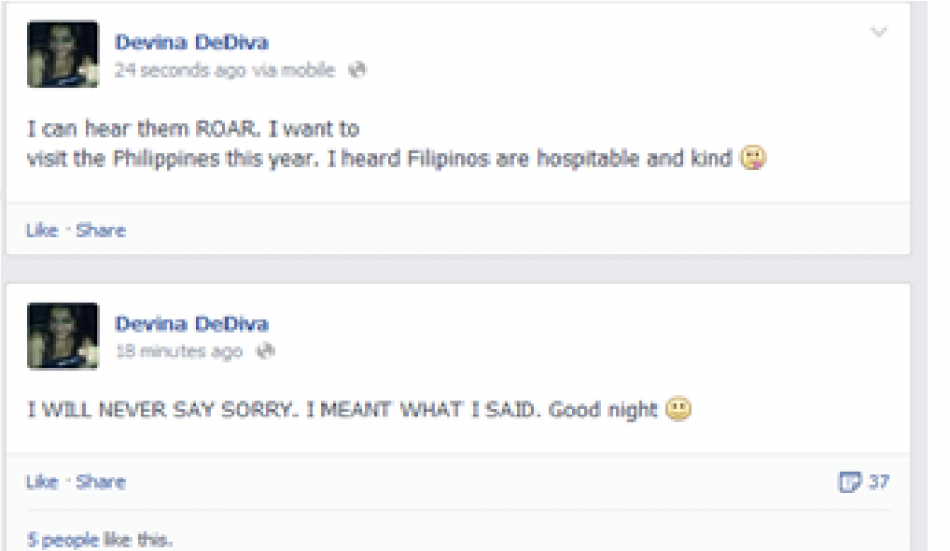 By the way, Filipinos are well rounded, friendly and kind but if you made a mistake of thrashing another pinoy online again like what you did to Megan Young, expect pinoy to stand up. You are also not welcome in the Philippines.

To Megan Young, Congratulation! You deserve the title for your beauty, wits and grace.. 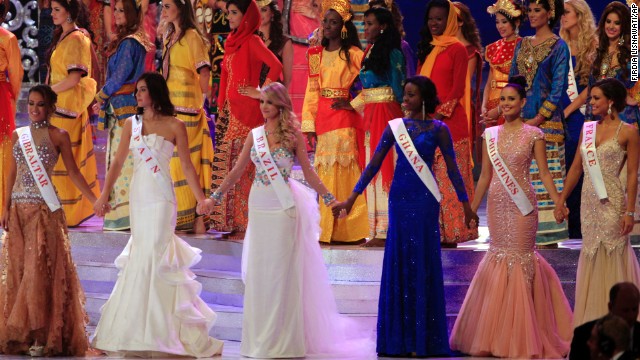 To my fellow pinoy, please restrict your comment to Devina DeDiva alone, don’t generalized or you will offend other people from other countries, I’m saying this because I have also read a few comments against the people of India. Ok! Lng po maglabas tayo ng saloobin natin, wag lng po pangkalahatan para wag magalit satin ibang tao.

I’m A Filipino and Proud!