Thanksgiving Day is an official holiday in Canada and United States. This is a day for families and friends get together, share a special meal, and the time for a lot of people to give thanks for whatever people have to thank for in their life. The Thanksgiving Day is a special holiday, one of the most awaited celebrations each year. If you are searching to find information on Thanksgiving Day, you are in the right page as this article talks about the popular Canadian and American holiday. 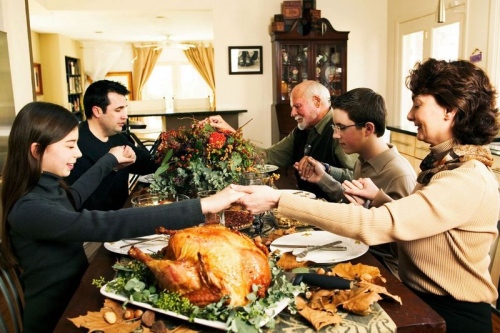 All over the world, almost all religion give thanks and have a special thanksgiving festivity to celebrate the bountiful harvest. In North America, the thanksgiving holiday is rooted in English traditions. In fact, in English tradition, religious services are part of the thanksgiving celebration and become very important especially during the English reformation. Before 1536, the call to abolished Easter, Christmas and other Church holidays were high because puritans, wishes to replace these holidays with Days of Thanksgiving or Days of Fasting. The odd annual thanksgiving day celebration started around 1600.

Thanksgiving Day in Canada is just as festive as the celebration in the United States. During Thanksgiving, most people stay home to receive family or friends who live far away or go on a three-day weekend holiday to other country or nearby places to take advantage of the autumn before the winter season arrives. The most popular activities during thanksgiving include hiking, watching football, and fishing.

Special meal is also prepared at some point on the long weekend. The meal varies, but the staple foods in Canada thanksgiving are pumpkin, pecan nuts, corn ears, and roast turkey. For non-European families, other foods served for the get together dinner or lunch, depending on where they come from. Also in Canada, the Thanksgiving Day is a national holiday, so post offices, schools are closed. Most businesses and stores also closed, while public transportation timetable reduced or stopped temporarily for the holiday.

Thanksgiving Day Canada is celebrated on the second Monday of October. The people of Canada had been celebrating thanksgiving, a day to thank the G_D for the good fortune and harvest of the past year for over 50 years or since 1957.

Thanksgiving Day in the United States is currently celebrated every fourth Thursday of November. The federal legislation started celebrating this holiday in 1941. The annual thanksgiving tradition in the U.S started in 1863 as proclaimed in the presidential order and by state legislation.

Thanksgiving Day was first created by George Washington on October 3, 1789 the succeeding presidents also declared thanksgiving but the annual celebration of thanksgiving started in the year 1863, when President Abraham Lincoln proclaimed a thanksgiving and praise day to be celebrated on November 26 (Thursday). Ever since the proclamation, the federal holiday has become one of the major events yearly together with the New Year and Christmas.

The tradition of presenting the president of the U.S with two dressed and one live turkey started in 1947 by the National Turkey Federation. And the first president to spare a live turkey was John F Kenney but it was Ronald Reagan that started the tradition of pardoning a turkey on the thanksgiving Day.

By the way, Pilgrims celebrated the first Thanksgiving Day according to history in 1621, after their first harvest season in the New World. The first celebration lasted for three days, and there are about 90 Native Americans and 53 pilgrims. The colonists were also accustomed to celebrating thanksgiving, a day of thanking G_D for military victory or end of the dry season.

In the U.S thanksgiving, celebration is a lively event because there are Thanksgiving Day parades in some towns and cities. Plus! the festivity mark the start of the Christmas season, or should I say the shopping season that a lot of people dreaded and excited for, anyway, its another story. During thanksgiving day, most of the businesses, government offices, schools and other establishment or organizations are closed.

Take note, it is a 4 day weekend off for employees, because after thanksgiving or the next day there is also no work. Public transit also does not run on usual timetables, probably why Thanksgiving Day is also the busiest holiday periods in the United States because most people drive to their destination.

Additionally, the seasonal parades and the football games coincide causing major traffic in many streets and highways. 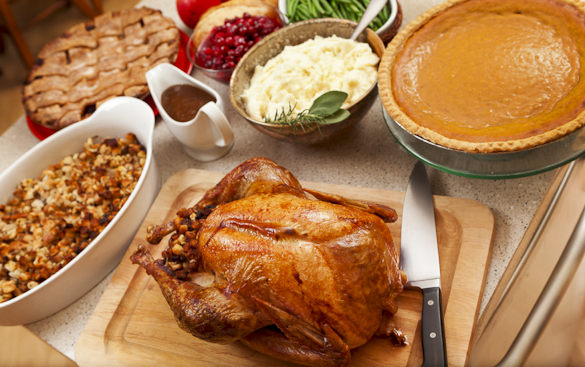 Traditional thanksgiving dinner or thanksgiving meals usually consists of roasted or baked turkey, mashed potatoes, stuffing, pumpkin pie, gravy, cranberry sauce, sweet corn and various vegetables. The thanksgiving dinner is the most important dinner of the year for many Americans, not only because of the delicious foods but it is a time when friends and families share a meal.

Moreover, many homes have a special grace or prayer before carving the bird or turkey, the staple food in thanksgiving celebration. Keep in mind that the tradition of saying grace or thanks before eating is the core of thanksgiving dinner. 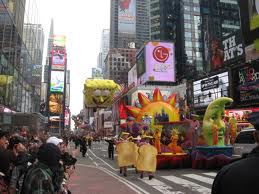 Thanksgiving Day parade is one of the activities that a lot of people looked forward to on this holiday. Many start states have a parade, but the most famous parades are from the state of New York and the largest parades in the country are in Detroit.

In New York, it is during thanksgiving that the state is busiest because of the traditionally Macy’s thanksgiving parade. Since 1924, a parade of floats and marching bands walks around the street of New York City. The parade is televised, and there are numerous floats, but the last float always features Santa Claus to welcome the start of the Christmas season, unofficially of course.

The Detroit parade, on the other hand, runs from Midtown to the Downtown area and precedes the regular football game. The parade in Detroit also has marching bands, large balloons, and celebrity guests. The event is also televised and unlike the Macy’s parade wherein the last float feature Santa Claus, in Detroit the mayor closes the parade by handing Santa Claus the key to the city.

Image Via
Image Via