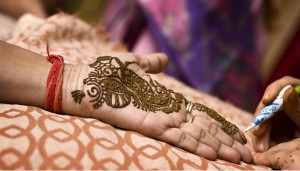 India is a country rich in history and tradition. They have traditions that date hundred years ago but still widely practiced by both men and women, one of this and considered as the oldest Indian traditions is the application of mehndi, a traditional art of body painting applied on the hands before the wedding. Mehndi also written as mendhi, mehendi, mehandi and myriad of other spellings is the highest form of body art.

Mehndi also pronounced, as meh-hen-di is part of the pre-wedding ceremony in India, Pakistan, Bangladesh, and Middle East. In India, applying mehndi on the hands, feet and back is an important tradition, and this is called “Mehendi ki raat”, an Indian version of bridal shower. This tradition is still observed because of its significance to the bride and groom. The ceremony of applying mehandi or mehndi to the bride is an elaborate event while, for the groom, it is a sign of good omen. You can see each and every girl in the house also apply different intricate mehndi designs on their hand and feet. 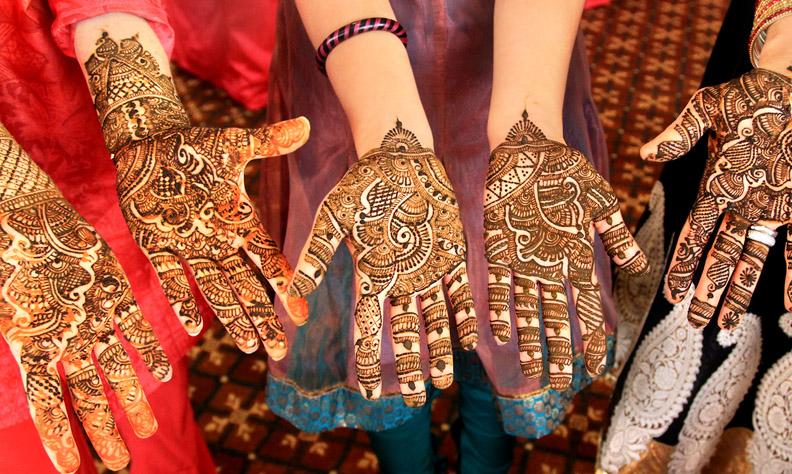 Mehndi symbolizes the “Bond of Matrimony” that is why, this ceremony considered as a shagun. Mehendi signifies the couple affection and love for each other and their families. In fact, according to popular beliefs the tradition of applying mehndi represents many things such as:

By the way, mehndi medicinal properties are also the reason why couple observed the tradition. It is believed that the cooling effect of mehndi aids in soothing fevers, headaches, and wedding stress. Additionally, application of the henna paste can also protect a couple from viral infection and virus before the wedding.

The ceremony for the mehndi application is a colourful and lively event. But of course, the tradition during the mehndi ceremony differs from family to family. The ceremony often held the day before the wedding and usually combined with the sangeet service. During the rite, the bride, her mother, and other family members (female only) all get a temporary tattoo of henna or more popularly known as mehndi on the hands and feet.

There are also feasting and dancing as the occasion also meant to bring two families closer especially for arranged marriage. Most importantly, the bridal mehndi designs should have the groom’s initial or name hidden somewhere in the brides hand. You see, the groom must find his name on her bride hands as part of the post wedding ceremony. This custom is an icebreaker for the newlyweds, a way to establish intimacy.

Some of the mehndi designs these also decorated with sparkles and crystals. These ornaments served as additional decoration for the hands, back, and feet to make them beautiful. Many brides also believed that the more complicated the design the better for their marriage as the mehndi brings many good things. 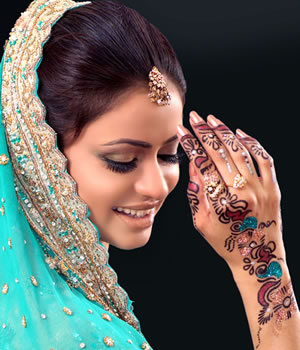 Mehandi when applied and remove, resembles a permanent tattoo, but it is not permanent as mehndi only last for 2-3 week. For bridal mehndi designs the pattern extend to the elbow, sometimes it is even full hand. The color varies from red orange to brown black.

Mehndi is a part of the wedding tradition in India, Pakistan, Saudi Arabia and neighboring countries. If you are looking for a mehndi designs for your wedding, perhaps the mehndi designs I have collected from several websites can help you look even more beautiful on your wedding day. These bridal mehndi designs can absolutely give you inspiration.

Pakistani, Indian, and other brides have a lot of choice when it comes to mehndi designs as there are many options today than before as you can see below. 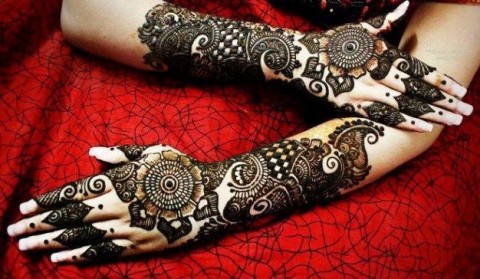 This arabic mehndi designs are detailed, the floral pattern is evident… the mehndi artist did a good job. 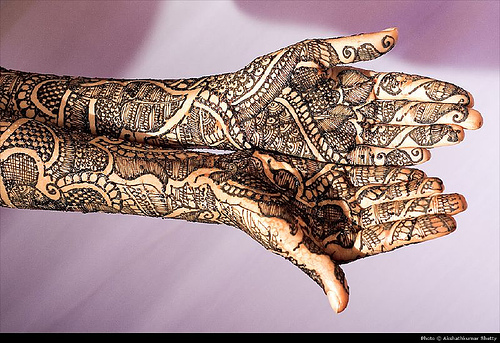 This mehndi design is a bit complicated, require a great deal of practice. 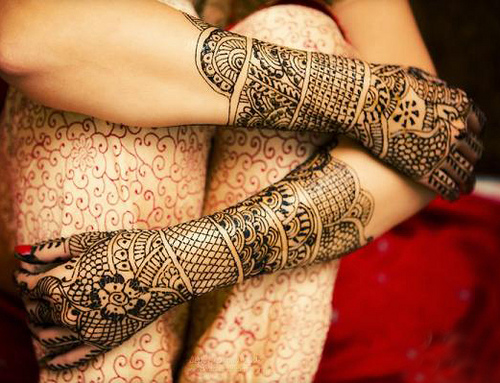 The floral pattern is further highlighted by the black mehndi, overall the intricate design is suitable for a wedding.

Indian mehndi designs are clean and simple. Nevertheless, the patterns are beautiful and perfect for grand weddings. 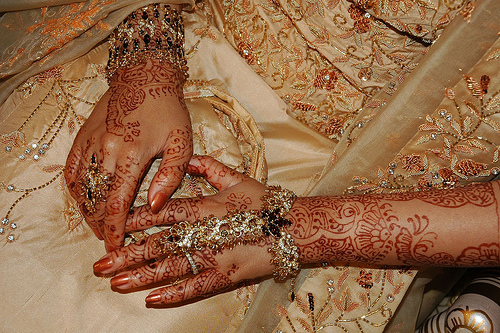 The bride hands becomes even more beautiful as the indian mehandi design compliment her dress and accessories. 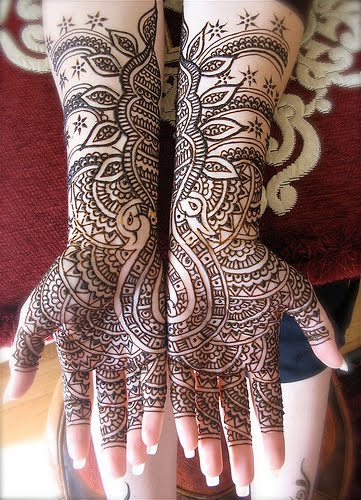 I love the pattern, and the way it reveals the peacock. This is simply beautiful, perfect for a wedding. It suits the hand of the bride well. The small details are what make this design special. With this mehandi, you will be the talk of the town. 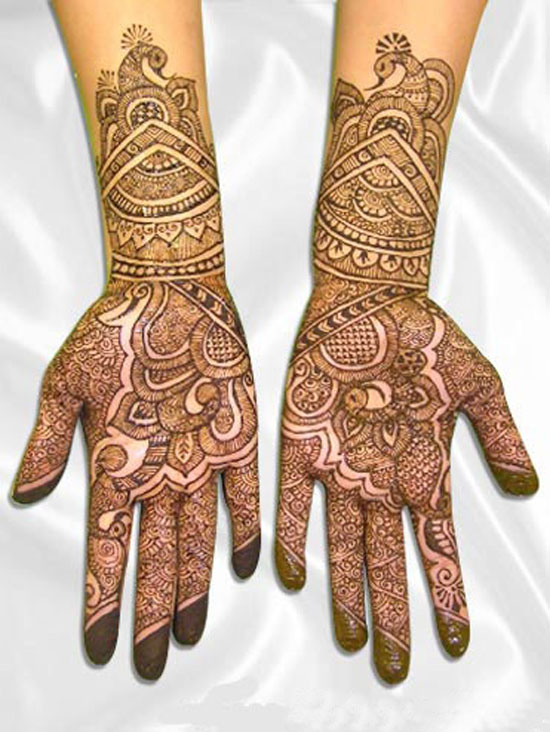 This is also another beautifully done mehndi design, very intricate. 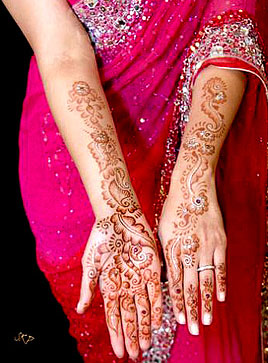 This is a modern indian mehndi design and well done, it also compliments the bride dress. 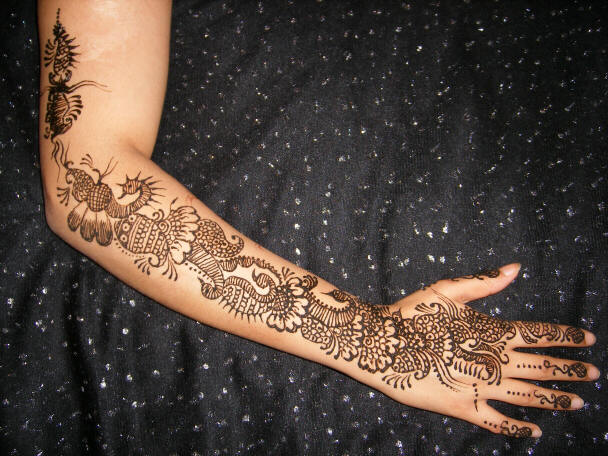 I love the peacock on this mehandi design, simple and well crafted. 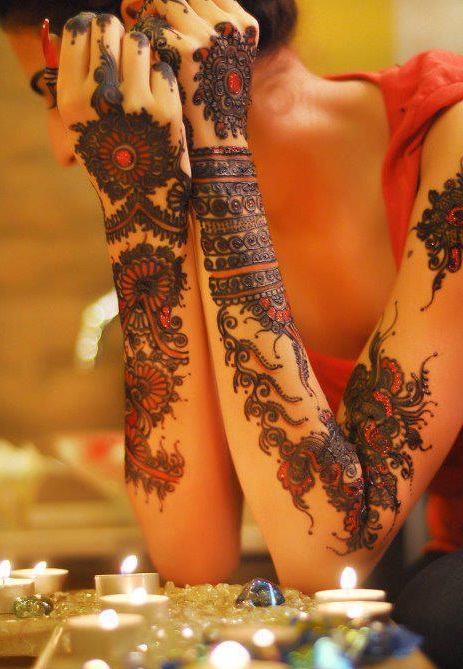 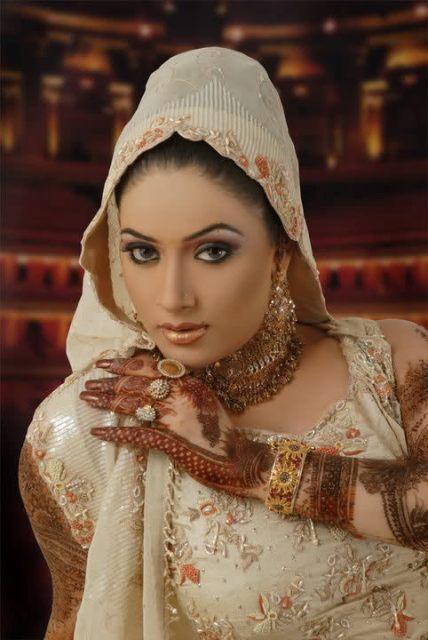 This pakistani mehndi design can suits anyone hands, very beautiful. I love the intricacy of the design.
Image Source 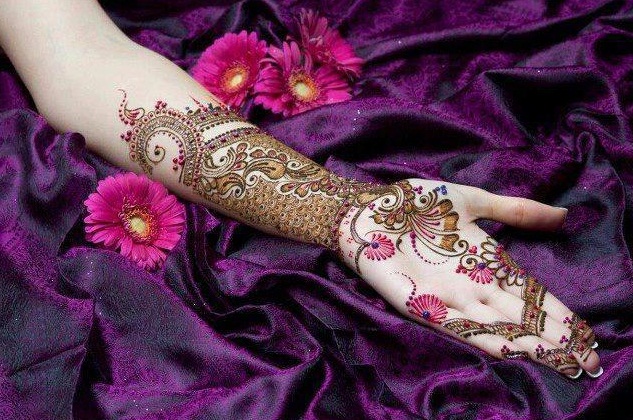 Great design, i love the pattern and the color.
Image Source 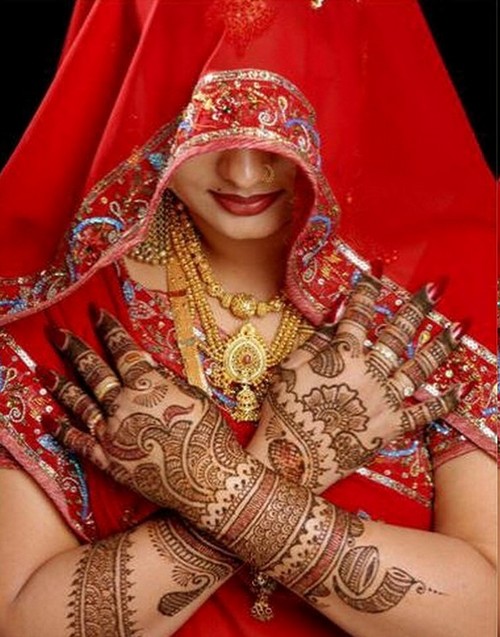 This is a traditional pakistani mehndi design. The design is very elegant, you will definitely get your grooms attention.