Christmas in the Philippines is one of the longest holidays in the country. It is the most anticipated celebration and considered as the mother of all feasts. Filipinos celebrates Christmas season as soon as the “ber” months hit until the Epiphany or the Black Nazarene feast. So, you can hear Christmas carols playing on Radio as early as September. Most Pinoy celebrate to honor and remember the birth of Jesus Christ. 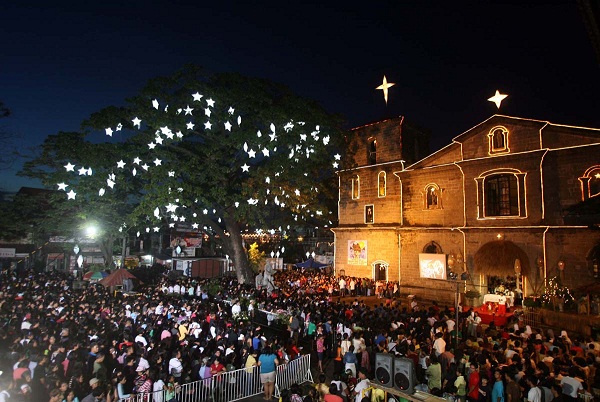 Christmas day is a festival honoring the birth of Jesus Christ. Christmas in the Philippines officially start from the first day of Simbang Gabi on December 16. People attend the early morning masses or Misa de Gallo for nine days as part of the Christmas tradition. Majority of Pinoy are Christians with eighty percent of the people Catholics. This is also the reason Christmas is the most important holiday in the country. December is the coolest month of the year and another reason for people to celebrate the holiday with funfair.

Christmas in the Philippines 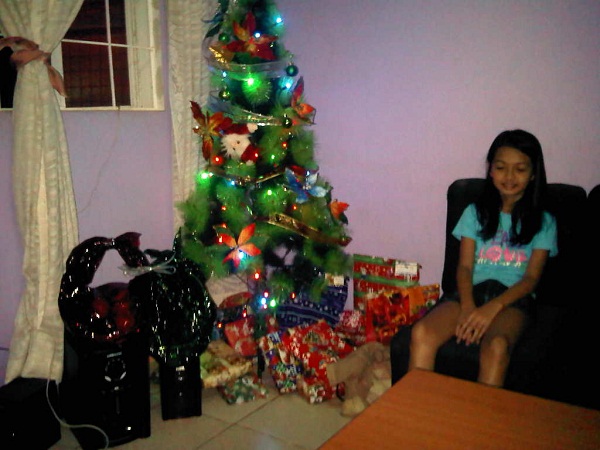 Christmas Traditions in the Philippines

Christmas in the Philippines is more fun and colorful. It is also a family affair, so it is not surprising to see family members together attending several predawn masses and night mass or Misa de Gallo. Filipinos for nine days attend the early mass that usually begins as early as 4:00 am. After hearing the morning mass, they will buy the traditional holiday food for breakfast usually sold just right outside the church. The holiday food depends on the region but the common delicacies are bibingka and puto bumbong.

On Christmas day, Filipinos typically visit their senior relatives to pay respect. Children would pay respect through “Pagmamano” a simple act of taking an elders hand and pressing it against the forehead while saying, “Mano po.” The elder relative often responds by giving a money or Aguinaldo. The money is usually placed in a small envelope commonly known as ang pao. Godparents also socially obligated to give Aguinaldo or gifts to their godchildren.

At lunch time, some families prepare a festive lunch for visitors there are families who just opt to rest and just hold a festive dinner instead of lunch. The menu depends on the finances of the family. But there is no doubt that both rich and poor prepare a feast to celebrate the day.

In the Philippines, Filipinos also greet one another with Merry Christmas or Maligayang Pasko. In other dialect like ilonggo, its “Malipayon nga Pascua, in Bicol its Maugmang Pasko, in Cebuano they say “Maabig ya Pasko” and in Pangasinense its “Magayagan inkianac. Philippines have over 7, 100 islands and divided into Luzon, Visayas and Mindanao. The three groups of islands once again divided into regions and each one has its own traditions and dialect. Although, tagalong is the main language, most pinoy greet their families and friends in their native tongue.

Christmas Food in the Philippines

Filipinos stay awake on December 24 until morning to celebrate and welcome Christmas. For Pinoy’s, Christmas Eve or Bisperas ng Pasko is an important tradition. The people stay awake for the traditional Noche Buena feast and gift giving. Most household celebrate Christmas with family, friends and neighbors. Family members also eat together at midnight and they feasts on different yuletide foods. 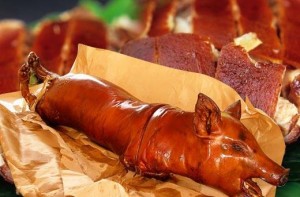 In most homes, tables are laden with several dishes including roasted pig (lechon), ham, rice cakes, spaghetti, fruit salad, quezo de bola (ball of cheese) and other traditional christmas foods and drinks. By the way, lechon is the center of the Noche Buena feast since not all families can afford to serve it.

Celebrating Christmas in the Philippines

Filipino celebrates Christmas with gusto and excitement. But the people celebrate according to the customs and traditions of their region. There are various ethnic groups and each have their own Christmas traditions but there are common traditions that is still widely observed a good example is the pamamasko. For example, in Rizal the children visit their neighbor’s homes to ask for Christmas gifts. They also ask Aguinaldo from people they don’t know.

In Manila and other urban areas, most offices have Christmas parties. Christmas in the Philippines is more fun because parties are left and right. The celebration usually held on the second week of the month or right before the school holiday. It is also customary to have Christmas activities such as kris kringle, exchange gifts, parlor games and musical performances. In the morning or afternoon, most families would go to the malls to watch movies or visit their relatives and friends. Families have reunions on Christmas Eve or the day after.

Christmas is a special holiday in the hearts of Christian Filipinos, a time of sharing happiness and peace.