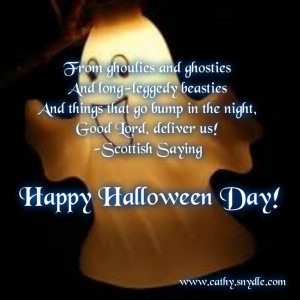 Halloween is a festival celebrated every 31st of October with fun fare in many countries. Halloween is usually celebrated with family, relatives, friends, and co-worker. Many communities hold large parties and activities to keep both adults and children entertained.
Halloween is a popular festival, not just in the United States but also all over the world. It is one of the most awaited festivals because of the fun Halloween traditions such as wearing a costume and going out to play trick or treat, a popular game for kids during Halloween.

Anyway, if you wish to make Halloween a more special day for everyone you know, share one or two of the funny and scary Halloween quotes below to inspire friends and dear ones to enjoy the day. 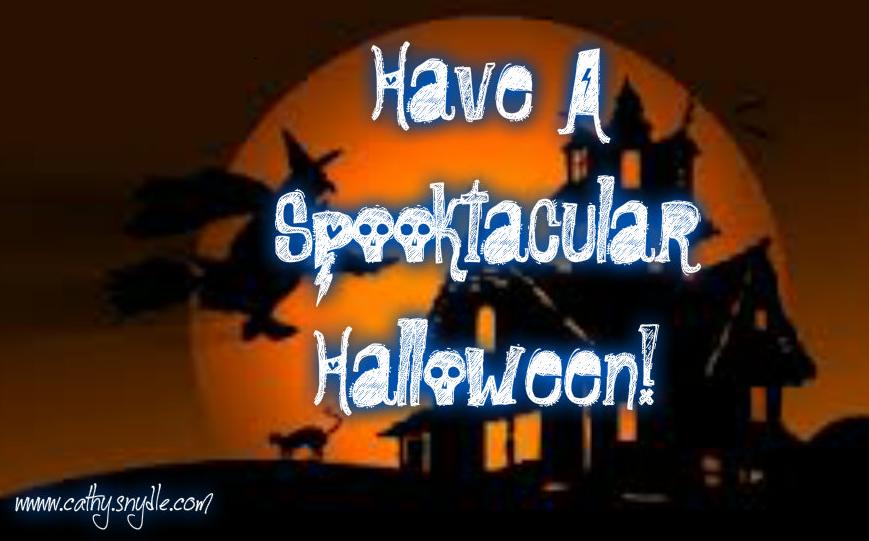 Celebrate the day sharing halloween quotes on facebook, twitter and other social sites to keep the spirit of Halloween alive in the heart of all people.

“I’ll bet living in a nudist colony takes all the fun out of Halloween.” – Unknown

“There is a child in every one of us who is still a trick-or-treater looking for a brightly-lit front porch.” – Robert Brault

“True love is like ghosts, which everyone talks about but few have seen.” Unknown

“Witch and ghost make merry on this last of dear October’s days.” – Unknown

“Halloween is the one night a year when girls can dress like a total slut and no other girls can say anything about it.” – Cady Heron

“Those seemingly interminable dark walks between houses, long before street-lit safety became an issue, were more adrenalizing than the mountains of candy filling the sack. Sadly Halloween, with our good-natured attempts to protect the little ones, from the increasingly dangerous traffic and increasingly sick adults, has become an utter bore.” – Lauren Springer

“Halloween was confusing. All my life my parents said, “Never take candy from strangers.” And then they dressed me up and said, “Go beg for it.” I didn’t know what to do! I’d knock on people’s doors and go, “Trick or treat.” “No thank you.” – Rita Rudner

“Eat, drink and be scary.”- Unknown

“Nothing on Earth so beautiful as the final haul on Halloween night.” -Steve Almond

“Acting is like a Halloween mask that you put on.” -River Phoenix

Are you looking for some funny halloween quotes? Well, if you do, look no more as you can find lots of quotations that will make you smile. 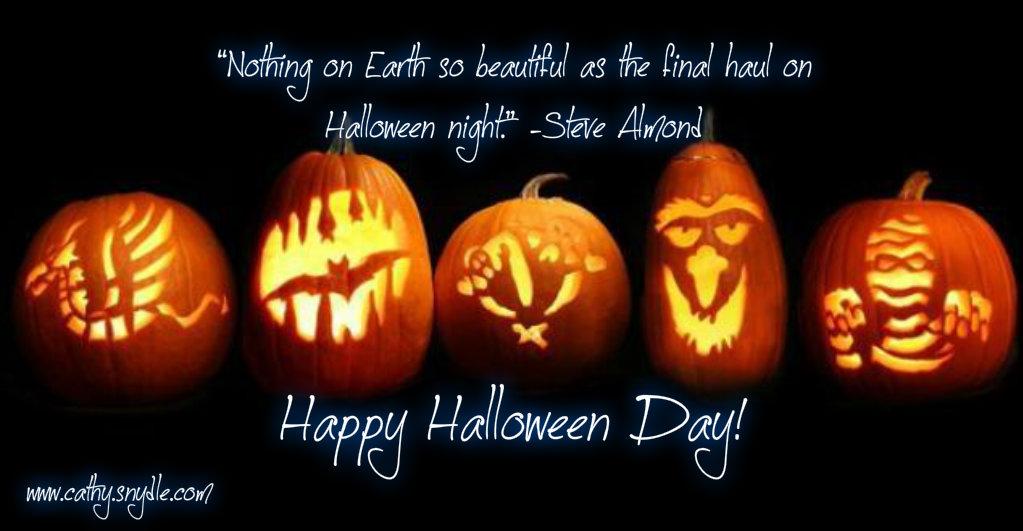 “This Halloween the most popular mask is the Arnold Schwarzenegger mask. And the best part? With a mouth full of candy you will sound just like him.”-Conan O’Brien

“I don’t know that there are real ghosts and goblins, but there are always more trick-or-treaters than neighborhood kids.” -Robert Brault,

“Once in a young lifetime one should be allowed to have as much sweetness as one can possibly want and hold.” -Judith Olney

“Being in a band you can wear whatever you want – it’s like an excuse for Halloween everyday.” -Gwen Stefani

“A grandmother pretends she doesn’t know who you are on Halloween.” – Erma Bombeck

“Halloween is huge in my house and we really get into the “spirits” of things.” -Dee Snider

“Proof of our society’s decline is that Halloween has become a broad daylight event for many.” -Robert Kirby

“Charlie Brown is the one person I identify with. C.B. is such a loser. He wasn’t even the star of his own Halloween special.” – Chris Rock

“If a man harbors any sort of fear, it makes him landlord to a ghost.” -Lloyd Douglas 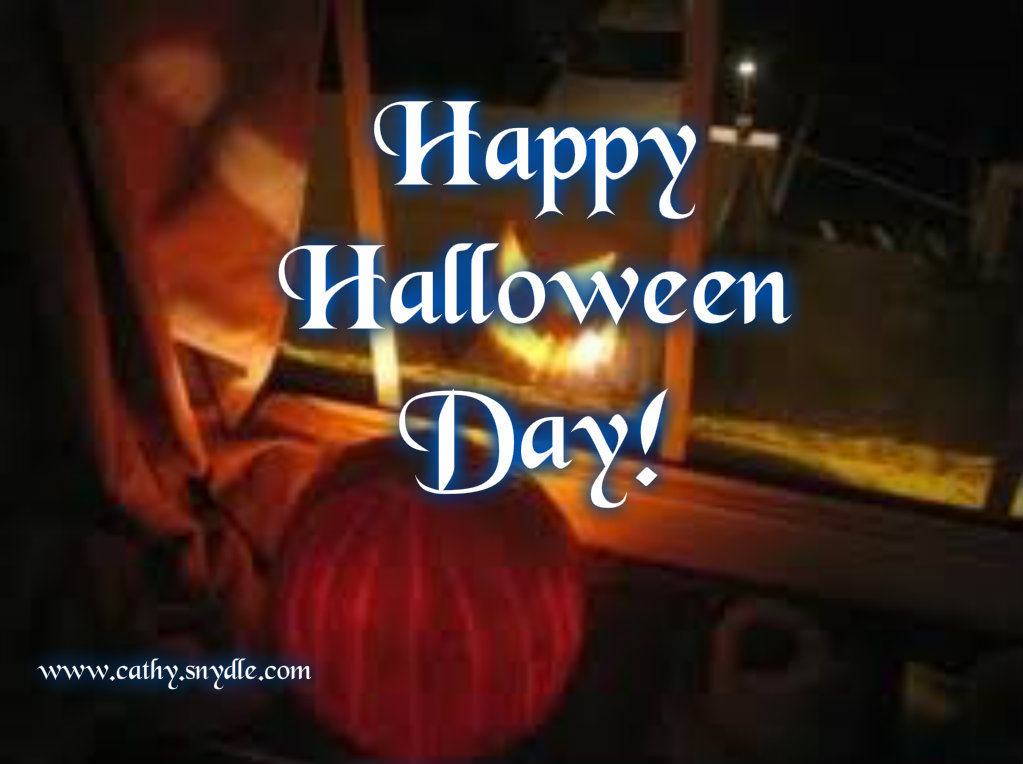 Many people are searching for scary or happy Halloween quotes to share to friends and relatives that’s why, I have compiled popular quotations from famous people and movies.

“When there is no more room in Hell, the dead will walk the Earth!” – George Romero

“Nothing beats a haunted moonlit night on All Hallows Eve…. And on this fatal night, at this witching time, the starless sky laments black and unmoving. The somber hues of an ominous, dark forest are suddenly illuminated under the emerging face of the full moon.” – Kim Elizabeth 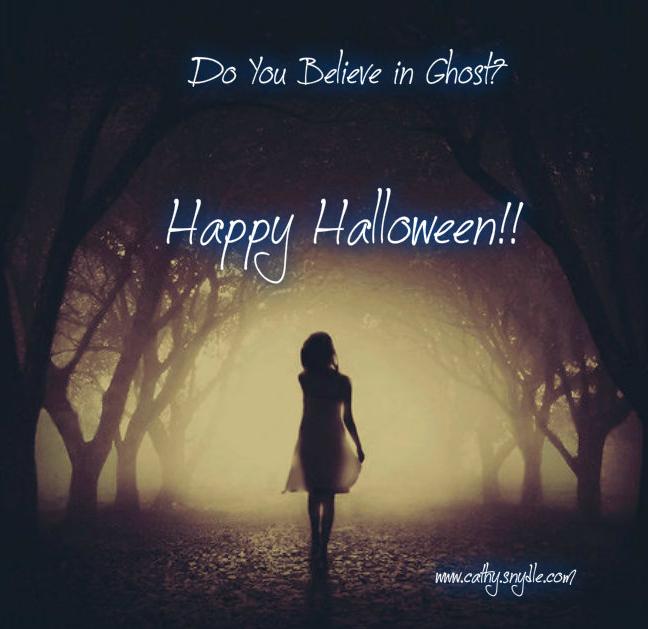 “They that are born on Halloween shall see more than other folk.” – Unknown

“There are nights when the wolves are silent and only the moon howls.” -George Carlin

“There is something haunting in the light of the moon; it has all the dispassionateness of a disembodied soul, and something of its inconceivable mystery.” -Joseph Conrad

“A house is never still in darkness to those who listen intently; there is a whispering in distant chambers, an unearthly hand presses the snib of the window, the latch rises. Ghosts were created when the first man awoke in the night.” -J.M. Barrie 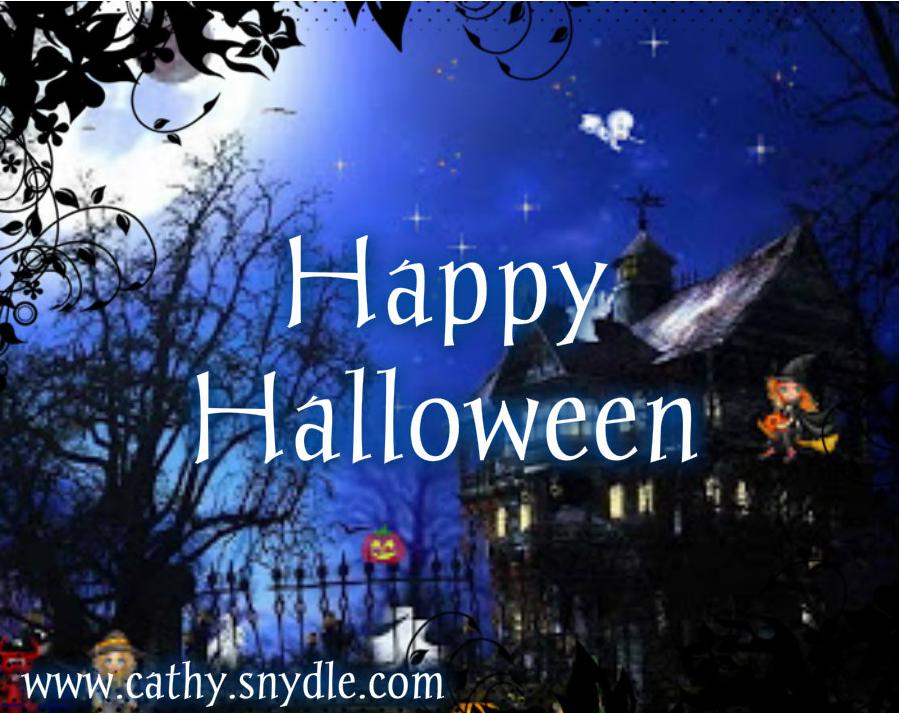 The following are wonderful halloween poems that you can share to all your friends.

Stir the fire till it lowe
How like a queen comes forth the lonely Moon
From the slow opening curtains of the clouds
Walking in beauty to her midnight throne!
-George Croly

A gypsy fire is on the hearth,
Sign of the carnival of mirth;
Through the dun fields and from the glade
Flash merry folk in masquerade,
For this is Hallowe’en!
-Unknown

Just like a ghost, you’ve been a-hauntin’ my dreams,
So I’ll propose on Halloween.
Love is kinda crazy with a spooky little girl like you.
-Classics IV

As spirits roam the neighborhoods at night,
Let loose upon the Earth till it be light…
-Nicholas Gordon

Pixie, kobold, elf, and sprite,
All are on their rounds tonight;
In the wan moon’s silver ray,
Thrives their helter-skelter play.
-Joel Benton

You wouldn’t believe
On All Hallow Eve
What lots of fun we can make,
With apples to bob,
And nuts on the hob,
And a ring-and-thimble cake.
-Carolyn Wells

Tis the night – the night
Of the grave’s delight,
And the warlocks are at their play;
Ye think that without
The wild winds shout,
But no, it is they – it is they.
-Arthur Cleveland Coxe

Bring forth the raisins and the nuts-
Tonight All-Hallows’ Spectre struts
Along the moonlit way.
-John Kendrick Bangs

At first cock-crow the ghosts must go
Back to their quiet graves below.
-Theodosia Garrison

May Jack-o-lanterns burning bright
Of soft and golden hue
Pierce through the future’s veil and show
What fate now holds for you.
-Unknown

On Hallowe’en the thing you must do
Is pretend that nothing can frighten you
And if somethin’ scares you and you want to run
Just let on like it’s Hallowe’en fun.
– Unknown

When witches go riding,
and black cats are seen,
the moon laughs and whispers,
‘tis near Halloween.
– Unknown

‘Tis now the very witching time of night,
When churchyards yawn and hell itself breathes out
Contagion to this world.
-William Shakespeare

Halloween wraps fear in innocence,
As though it were a slightly sour sweet.
Let terror, then, be turned into a treat…
-Nicholas Gordon 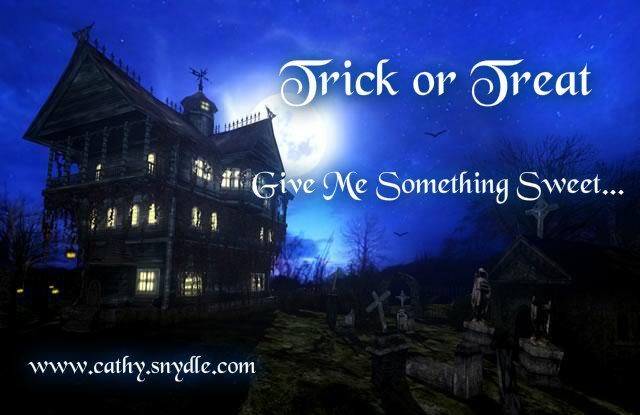 From ghoulies and ghosties
And long-leggedy beasties
And things that go bump in the night,
Good Lord, deliver us!
-Scottish Saying

Men say that in this midnight hour,
The disembodièd have power
To wander as it liketh them,
By wizard oak and fairy stream. –
William Motherwell

They that are born on Halloween shall see more than other folk. – Unknown